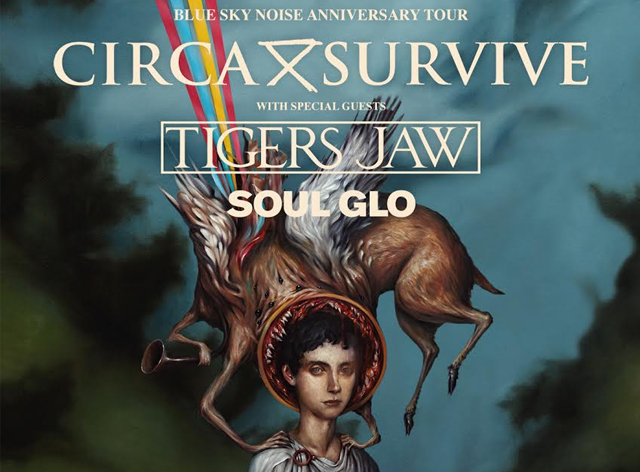 Coming to you from the heart of North Texas, the fast-rising instrumental quartet known as Polyphia is bringing a deadly dose of CATCHY to the forefront of music. Between evocative, emotionally stimulating melodies, powerful rhythms, and thick, soulful bass licks, you'll have these songs stuck in your head for years to come.

With the September 2014 release of their debut full-length album "MUSE", this group of young musicians just took the rule book of modern music and ripped it into a million pieces. Seamlessly blending the powerful elements of progressive rock with the catchy hooks of mainstream music, this strong collection of Epics takes the listener on an emotional journey through places nobody knew existed. "Obviously we wanted to write something extremely unique," says guitarist Tim Henson, "but we also wanted it to be accessible in a way that would unite people of different tastes... An album that literally EVERYONE- from your friends at school to your elderly grandmother- could appreciate." The record contains a variety of material from the euphoric intensity of "87" to the emotional roller coaster "Finale", and also boasts an insane roster of guest guitarists. Aaron Marshall of Intervals, Chelsea Grin's Jason Richardson, and Canadian solo guitarist Nick Johnston are only a few of the highly acclaimed players featured on this colorful record.

The only thing more noteworthy than the band's latest release is that it is, in fact, SELF FUNDED! Thanks to a loving and dedicated fan base, Polyphia launched an Indiegogo Fundraising Campaign in April 2014 that later went on to reach a total of over $30,000. In addition funding their album, the success of this fundraiser proved that if the people WANT it, the people will HAVE it. "It's so heartwarming to know how deeply our fans believe in us," says bassist Clay Gober. "Moving forward as an independent artist will be an opportunity to show the world who the music REALLY belongs to- the supporters!" Polyphia's status as an independent artist is undoubtedly a game-changer, opening up new possibilities for the next generation of rock musicians.

With an exciting tour schedule planned for the fall of 2014, the band's sole priority is to continue to grow and give back to their loyal followers worldwide. Polyphia's hybrid of "pop-meets progressive-rock" music is a promising beginning for what they have in store