BenDeLaCreme is... Ready to Be Committed

with
Majestic Theatre
Ages 18 and Up
CANCELLED
18+ 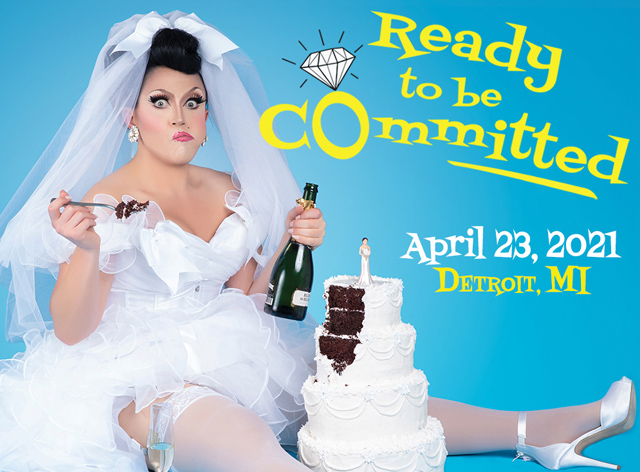 The BenDeLaCreme show scheduled to take place on April 23rd, 2021 at the Majestic has been cancelled. If you purchased tickets via Ticketweb online or phone, a refund will be automatically issued back to your credit card. Otherwise, refunds are available at your original point of purchase. Refund requests for Garden Bowl box office purchases must be made in person Monday - Friday *once the State of Michigan allows indoor food and bar service to resume.*

Artists
BenDeLaCreme is... Ready to Be Committed

Sweet as pie and sharp as cheddar, the Terminally Delightful BenDeLaCreme is known for combining her background in performing and visual arts with a love of spectacle, glamour, and Saturday morning cartoons. She has dazzled crowds throughout the Americas, Europe, and Australia, premiered four critically acclaimed solo shows off-broadway, as well as written, directed, and produced myriad narrative works and variety spectaculars that have played to sold-out audiences for over a decade.

BenDeLaCreme’s live performances have received glowing reviews. “Keeping you entertained while making you think about your place in the world is all a part of the BenDeLaCreme experience,” said Forbes and Billboard raves that her work “...soars past entertainment and into the realm of theatrical art.”

BenDeLaCreme has appeared on two seasons of the Emmy award-winning "RuPaul's Drag Race,” her first go-round securing her a spot among the show’s “15 Fan Favorites of All Time.” After being crowned “Miss Congeniality” on Season 6, she returned to compete on the third season of “RuPaul's Drag Race All Stars” on VH1 where she garnered more challenge wins than any other competitor in the show’s history, among other series records.

Continuing to break new ground by, and for, drag artists, in 2018 DeLa’s production company, BenDeLaCreme Presents, produced its first national tour  with, “To Jesus, Thanks for Everything, Jinkx and DeLa!” And in 2019, the “All I Want for Christmas is Attention” tour marked DeLa’s first producer credit for an international tour.