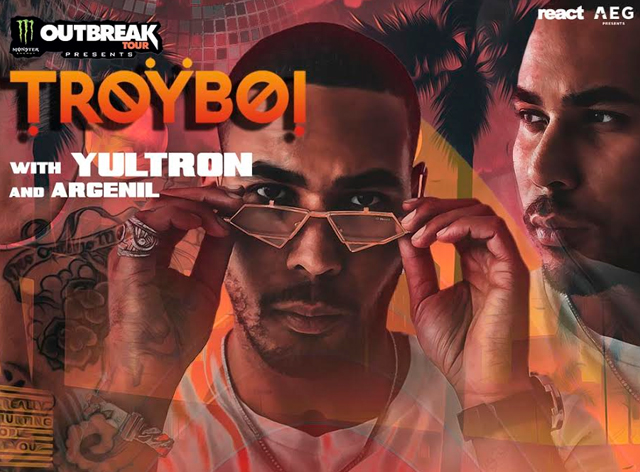 One of South East London’s most closely guarded secrets has recently emerged from the shadows and is set to take the music industry by storm. Known only as TroyBoi, this multi-talented musician recently signed to Timbaland’s right-hand man and US Super Producer, Jim Beanz, things are heating up faster than ever! Producing a wide variety of genres, but specializing in extraordinarily unique, versatile, and highly musical trap beats, TroyBoi is without a doubt one of the top up-and-coming producers in the game right now and it’s quite clear from his composition that his influences are vast indeed. He is also one half of the Producer/DJ duo SoundSnobz with one of his best friends, icekream and together they craft the most creative and daring audio paintings you’ll ever listen to. Buckle up and get ready to be taken into the world of TroyBoi because once you are in, you will never want to get out.

Yultron
ARGENIL
Argenil is an Electronic music duo based out of Bangalore, India, consisting of producer/percussionist Rohit Gandhi and Guitarist/DJ Anil Prasad. Merging their love of performance, production, trap, and hip hop, these two friends decided to form their very own semi-live act who like doing things completely out of the box. They consider their music to be Hindustani Trap with the use of Indian classical instruments and sounds taking from influence of different cultures across the country and a lot of global exposure as well.
Argenil`s live show is more than just a DJ set- between the two of them they can play guitar, bass, drums, tabla and saxophone, and they often feature other artists on stage including flute players, singers and rappers.
Media
Media