with Ceremony
Magic Stick
All Ages
$22 Adv./ $25 Day of
All Ages
Buy Tickets 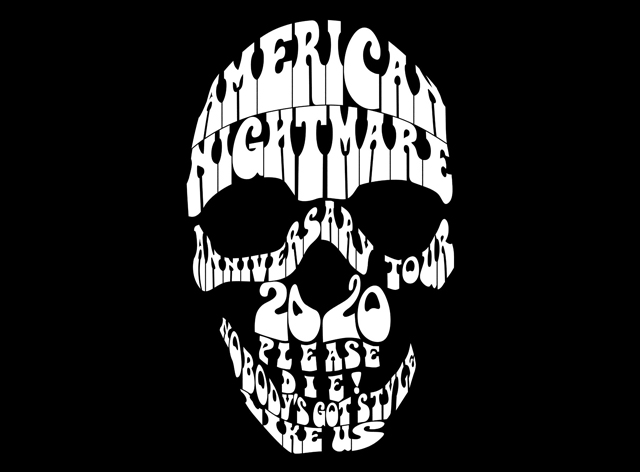 Artists
American Nightmare
In February 2000 Wesley Eisold, singer of American Nightmare, self-booked their  first show ever in a church in Portland, Maine, setting a precedent for the band's relentless DIY ethic, touring and releasing music until American Nightmare became one of the most important and influential hardcore/punk bands of the last two decades. The band's volatile mix of traditional American hardcore, English influenced attitude, and Eisold's emotional lyrical prose set a new creative standard for the worldwide hardcore community. Their sphere of influence is far reaching, serving as the bellwether to the giants of punk, metal/hardcore, and even mainstream music. American Nightmare began in 2000 as a band that defied styles, trends, and even names. After releasing several EPs and two LP's, the band split in 2004 before reforming in 2011, with Eisold forming Cold Cave in the interim which grew to be a force in the goth and industrial scenes. American Nightmare returned to the studio and released a self-recorded and self-titled album in 20I8, touring to continued sold out shows. American Nightmare redefined the hardcore scene musically, visually, and most of all, lyrically. To call American Nightmare an iconic hardcore band is an understatement because at this point, they are legendary. In February 2020 they will embark on a 20th anniversary tour and reissue their Year One album on Heartworm Press and Bridge 9 Records.