with Twin Peaks
Majestic Theatre
All Ages
CANCELLED
All Ages 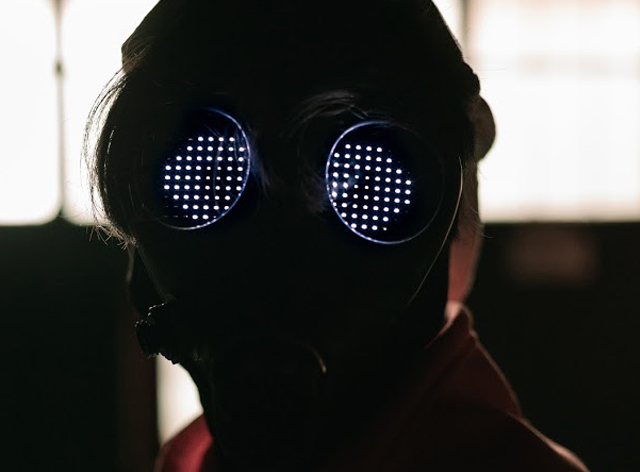 This album was made from January 2015 to December 2019, starting as a collection of vague ideas that eventually turned into songs. I wanted to make something that was different from my previous records, and I struggled to figure out how to do that. I realized that because the way I listened to music had changed, I had to change the way I wrote music, as well. I was listening less and less to albums and more and more to individual songs, songs from all over the place, every few days finding a new one that seemed to have a special energy. I thought that if I could make an album full of songs that had a special energy, each one unique and different in its vision, then that would be a good thing.

Andrew, Ethan, Seth and I started going into the studio to record songs that had more finished structures and jam on ideas that didn’t. Then I would mess with the recordings until I could see my way to a song. Most of the time on this album was spent shuttling between my house and Andrew’s, who did a lot of the mixing on this. He comes from an EDM school of mixing, so we built up sample-heavy beat-driven songs that could work to both of our strengths.

Each track is the result of an intense battle to bring out its natural colors and transform it into a complete work. The songs contain elements of EDM, hip hop, futurism, doo-wop, soul, and of course

rock and roll. But underneath all these things I think these may be folk songs, because they can be played and sung in many different ways, and they’re about things that are important to a lot of people: anger with society, sickness, loneliness, love...the way this album plays out is just our own interpretation of the tracks, with Andrew, Ethan and I forming a sort of choir of contrasting natures.

I think my main hope for the world of music is that it will continue to grow by taking from the past, with a consciousness of what still works now. Exciting moments in music always form at a crossroads - a new genre emerges from the pieces of existing ones, an artist strips down a forgotten structure and makes something alien and novel. If there is a new genre emergent in our times, it has not yet been named and identified, but its threads come from new ways of listening to all types of music, of new methods of creating music at an unprecedented level of affordability and personal freedom, of new audiences rising up through the internet to embrace works that would otherwise be lost, and above all from the people whose love of music drives them to create it in the best form they possibly can. Hopefully it will remain nameless for some time, so it can be experienced with that same newness and strangeness that accompanies any and all meaningful encounters with music.

Bob Dylan said, “if someone’s wearing a mask, he’s gonna tell you the truth...if he’s not wearing a mask, it’s highly unlikely.” He never actually wore a mask onstage so I don’t know why he said that. But I decided to start wearing a mask for a couple of reasons. One, I still get nervous being onstage with everybody looking at me. If everyone is looking at the mask instead, then it feels like we’re all looking at the same thing, and that is more honest to me. Two, music should be about enjoying yourself, especially live music, and I think of this costume as a way to remind myself and everyone else to have some fun with it. I don’t think it changes anything else about the songs or how you feel about them to be able to drop it for a second and have fun with it. If you can’t do that then you’re in a bad place...

The character comes from another project Andrew and I have been working on called 1 TRAIT DANGER. This is something Andrew started doing on tour—recording ideas for his own songs as they came to him, and forcibly enlisting everyone else to participate. It appealed to me because it was nothing like Car Seat Headrest, and the ideas cracked me up. Before we knew it we had two albums released, a video game that was almost impossible to beat, and a growing number of people who seemed to be enjoying it all. It’s been a great outlet for weird and untenable musical experiments, and the live performances have been a blast. I play a character called TRAIT, and we’ve been working out the backstory as we go. I think he spent a lot of time in classified government facilities before getting into the music business.

This is the kind of stuff that kept us going while we were working on MADLO. We were in our own little world and free to try any idea we wanted. A lot of the ideas for 1 Trait bled over to the Car Seat tracks, and vice versa. You just can’t make music without first creating your own environment around it...sound’s always gotta travel through something. This time it was a mask.

Give Twin Peaks an inch and they’ll take a stretch of the road. Having careened across America and beyond, sharing their staggering energy, the band made their third album the best way they know how: by themselves. The same group that produced the scuzzy squalor of their debut “Sunken,” had legions of fans screaming along to their anthemic sophomore effort, “Wild Onion,” now swings and serenades with “Down In Heaven” (out on Grand Jury on May 13th).

Co-produced by the band and longtime collaborator R. Andrew Humphrey, and mixed by new confidant John Agnello (Dinosaur Jr., Kurt Vile, Sonic Youth), the record is by turns raw, polished and wise beyond its years. The diverse new songs beg the listener to sway slowly, bang their head wildly and question what they were doing wasting emotional time on anything less. It is a marked, and some may say mature, development for a band that doesn’t know how to play it safe. They aren’t here to tell you what youth is like or what being a little older now means, though; they want to join you in a conversation about why we hurt, love and tug at each other.

While Twin Peaks is a bit older, they’re not necessarily calmer; their restlessness endures. Born of Chicago’s league-leading DIY scene and with several of them remaining friends since elementary school, Cadien Lake James, Clay Frankel, Connor Brodner, Jack Dolan, and most recent addition Colin Croom share an enthusiasm, authenticity and passion their audiences have found contagious. In the three years since dropping out of college to support their debut album “Sunken,” the band has covered a lot of ground. They’ve played to ever-increasing crowds, bigger and rowdier each time they come barreling into a city; they were anointed “Best New Band” by NME and countless other blogs, and they have performed for (and partied with) more than hospitable masses at festivals in the states and Europe, including Pitchfork, Lollapalooza, Reading & Leeds, and Roskilde. In between all this action, the group set up camp in the summer of 2015 amidst the solitude of a murky lake in Western Massachusetts, where they could experiment and record on their own terms in the warm living room of a good friend’s house.

Recording on reel-to-reel with the band learning studio tricks on the fly, Twin Peaks set out to a make an LP that reflects how far they’ve come and how much of life is left, trusting themselves to make a record they’d want to hear. James explains, “I’ve been particularly drawn to records that have a more personal feel, not necessarily lyrically, but in sonic aesthetic, like The Kinks Village Green Society, Beatles White Album, and Rolling Stones Beggar’s Banquet. We wanted to make a record that employed the restraints of our favorite artists from yesteryear. It was about trying to simplify and hone in on the things that are important to our music and ethos.” In considering the development of the band’s sound from “Sunken” to “Wild Onion” and now to “Down in Heaven,” Frankel adds, “The bands we admire are the ones who change drastically over the course of their span, like The Velvet Underground, where no two records of theirs sound the same.”

Whether sneering or pleading, aggressive or impatient, the thirteen tracks of “Down In Heaven” are a continuation of the bands path and an eschewing of previous comparisons. It is a record all about feel: heartbreak, forgiveness, anger, jubilation, reinvention, growth. Album opener “Walk To The One You Love,” written by James about letting someone close to you go is immediately followed by Frankel’s song “Wanted You,” with lyrics about not getting the one that you yearn for. With “Stain,” perhaps the biggest departure for the band on the record, Frankel says, “I didn’t want another love song, so after a while I got what it is, how you suffer for your art but you put up with it because you don’t wanna do anything else. It’s a song about the love of music.” Even though four of the five members contribute lyrics, there are obvious connections both thematically and musically across the record and the band’s voice rises unified.

“Down in Heaven” will bring old fans and new Twin Peaks most complex record to date, encompassing elements only teased on their previous efforts. Frankel says, “I don’t know yet what kind of band we are, since we keep changing with every year. I guess we are a band unafraid of new influences and changes.” Put simply, “Down In Heaven” makes it increasingly hard to call their sound “classic.” It’s rock new and old, it’s a little bit of country, it’s a whole lot of punk attitude, and it’s something to get excited about. Twin Peaks is here to stay, and they aren’t going to get pinned down.