with
Majestic Theatre
Ages 18 and Up
CANCELLED
18+ 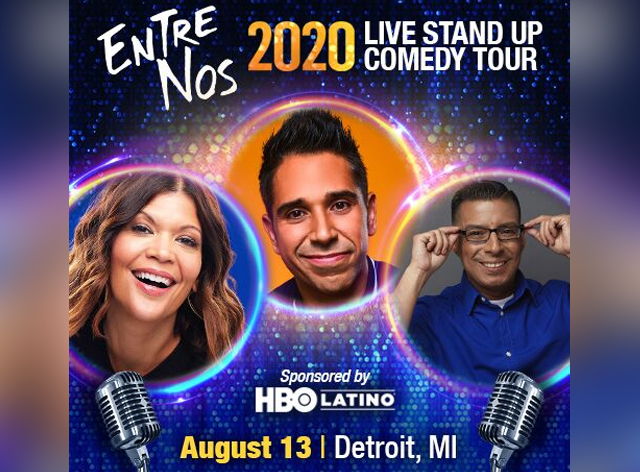 Additional Info
The Entre Nos show at the Majestic Theatre on August 13th 2020 has been cancelled. If you purchased tickets via Ticketweb online or phone, a refund will be automatically issued back to your credit card (Please note refunds may take several days to reach your account). Otherwise, refunds are available at your original point of purchase. If you purchased your tickets at the Garden Bowl box office, you must appear in person to request a refund Monday through Friday between 11am and 6pm.
Artists
Entre Nos 2020 Live Tour Sponsored by HBO
Based on the successfully proven HBO programming of “Entre Nos,” the live comedy tour is a natural progression in this groundbreaking experience where top Latinx comedians have a platform to appeal to mainstream audiences,” says Victor Elizalde, “Entre Nos” Co-Producer.