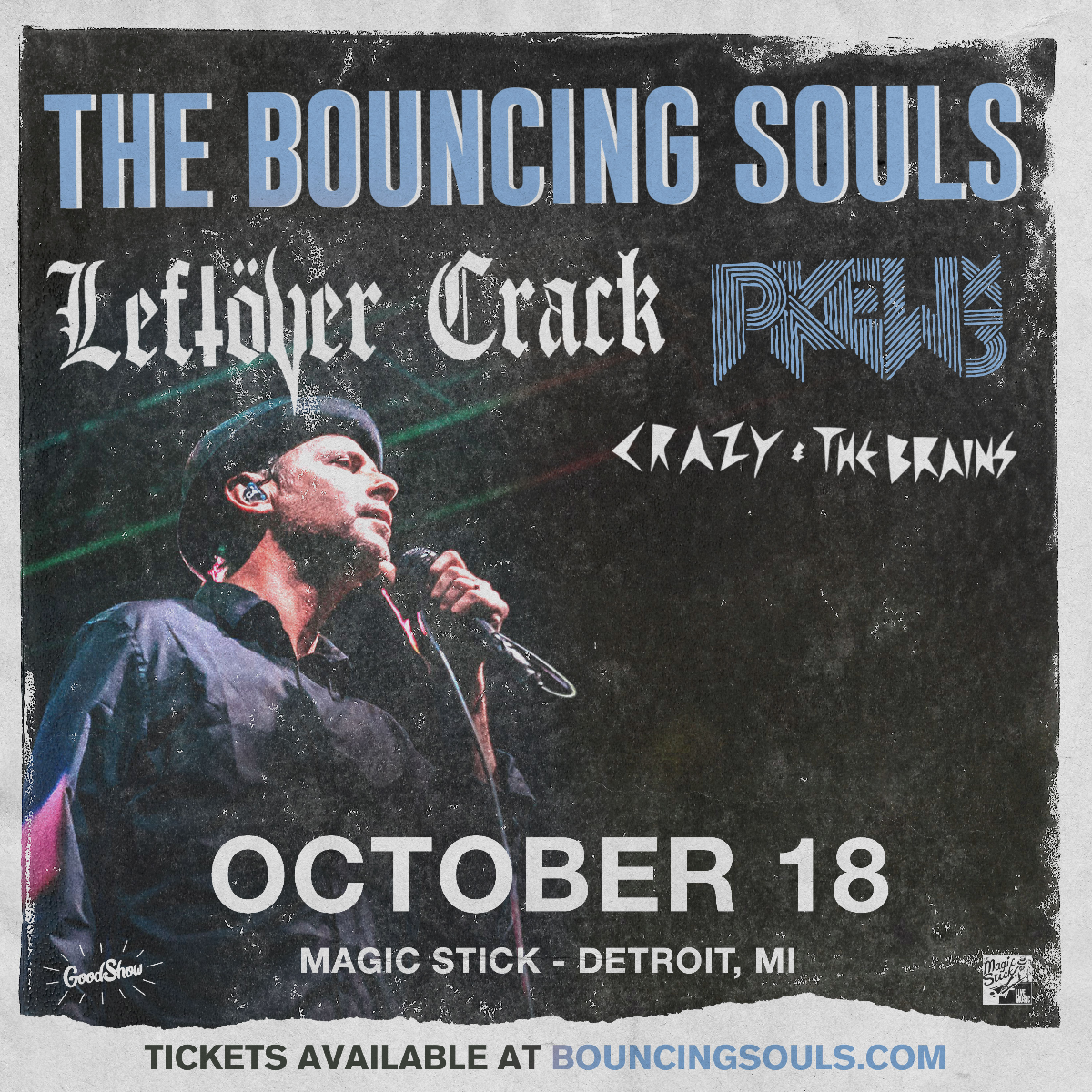 The Bouncing Souls are a punk band, formed in 1987. They are originally from New Brunswick, New Jersey. By the time they were recognized by the national punk scene, they had reignited a "pogo" element to New Jersey punk rock by playing fast light-hearted songs, a model followed by various other local bands (e.g. Blanks 77 and the Bristles). In the early stages of their career, they played a hybrid of punk, funk, metal, and just about anything else they felt like including. They were known for their energetic live shows, albeit with an amateurish element on their recordings at that stage. Soon, they had whittled it down to their own brand of punk, and become one of the most popular bands in the punk scene.

They made a name for themselves by consistently touring over the United States. Rather than signing with a known label, they initially decided to found their own, Chunksaah Records (named after their long-time friend Timmy Chunks), but are now releasing their albums on Epitaph Records.

The Bouncing Souls are one of the best selling and longest lived of the punk bands from New Jersey, following the legacy of previously successful punk bands Adrenalin OD and the Misfits.

Rumors abound! Leftöver Crack remains one of the more mysterious collectives in the punk rock universe. Fueled by a chaotic mixture of self-medication and an urgent sense of political purpose, this NYC 5-piece has continued to bring the world “That Crack Rock Steady Beat” ever since the demise of the legendary all-squat-all-stars Choking Victim. Featuring CV core members Scott “Stza Crack” Sturgeon on vocals and Alec “Shibboleth” Baillie on bass, LöC has taken their critically serious message concerning the police state, religion, political corruption and lower class suffering far and wide with their often tongue in cheek lyrics and intense albeit wry delivery. Featuring Southern California punk ambassador Brad “Minus” Logan on guitar and more recently armed with Donny “skillets” Morris on drums and Chris “the man” Mann on guitar, this band (…Finally…) means business.

Notorious LöC front person Stza and company have had a rocky past, but have stuck together and thrived in the face of staggering adversity. From their early days of being "courted, recorded, subsequently censored and held creatively hostage by former punk record label Epitaph” (according to the band) with the release of 2001’s Mediocre Generica, to their follow up, the classic Steve Albini collaboration, 2004’s Fuck World Trade and all throughout the rest of their wasted oughts and into their more focused two-thousand-teens, their urgent message and energetic live shows have only grown sharper.

Now, on the precipice of releasing their third full-length album in 14 years, Constructs of the State, some might think that the stakes are high, but LöC remain unshaken. According to Stza: “I have been working on the songs for this album since I wrapped up production on the third Star Fucking Hipsters record in 2011. My only concern (with releasing) a new Leftöver Crack LP was that it had to be as good as our first two full length efforts. I wasn’t going to put a new record together until I felt like that standard was met.” It seems that the whole band has been practicing and recording some of these songs since 2012 as Stza explains: “We worked on this album for years and it really seemed like there was no end in sight until the songs, lyrics and recordings suddenly snow-balled this spring (2015) and it became exactly what we had been waiting to release.”

On November 27, Fat Wreck Chords will release Leftöver Crack Volume III: Constructs of the State; featuring a wide array of special guests as expected from a punk band equally influenced by Hip Hop culture as they are by Anarcho-Punk, Crust, Metal and Ska… Even 80’s Pop music and The Beatles top their wide list of influences… This record brings some of their most treasured and plagiarized musical/lyrical sources into the studio, including Jesse Michaels of Operation Ivy, Penny Rimbaud of CRASS and Joe Jack Talcum of The Dead Milkmen in addition to their friends and peers from such celebrated groups as The Bouncing Souls, Dark Dark Dark, Blackbird Raum, Mischief Brew, Days N Daze, Chewing on Tinfoil, The Riverboat Gamblers, Rats in the Wall, Intro5pect and even Kate Coysh of Oakland, California’s integral crust-punk band: Reivers. Expect more “Atheist Anthems” and “Crack Rock Steady Beats” from this notorious band, delivered in all their agitated, offensive, punk as fuck, clamorous yet danceable dissonance. The third in a series of their thunderous yet melodic cacophony, forever adhering to their core ethics against racism, sexism, trans/homophobia, the police, corporations and fascist subjugation. Leftöver Crack is back to diagnose the symptoms of our failed society and dying world. Beware the wrath of the victim!

“Leftöver Crack have taken the pulse of a nation in crisis and, after almost a decade of isolation, they’ve resurfaced to spit and scream ‘ME TOO!’ and ‘I TOLD YOU SO!’ directly into America’s cold, sweaty, corrupt face!” 5/5 Stars, Better Squats and Gardens Magazine.

Pkew Pkew Pkew
There might have been a time when Toronto’s Pkew Pkew Pkew were the sort of punk band who revelled, unquestioningly, in the grimy chaos of the mosh pit, or an up-until-the-sun bender, or a skate session in an abandoned pool. But things have changed: the pit started to feel more like a workout, the bender gave way to a crushing hangover, and someone broke their wrist in that abandoned pool. That doesn’t mean that Mike Warne (guitars/vocals), Ryan McKinley (guitars/vocals), Emmett O’Reilly (bass/vocals) and David Laino (drums) will stop doing these things; it just means they realize they’re not good for them. So why don’t they stop?

Their new material doesn’t offer any solutions, but instead catalogues these behaviours with unflinching clarity and precision. Warne writes in the same tongue as plot-driven realists like The Hold Steady’s Craig Finn, not trading in metaphors or coded language but in undressed, literalist narratives over Pkew’s supercharged twin-guitar crunch. In the spring of 2017, Finn himself came up to workshop songs with the band in Toronto. “You know in school when you can hand your work in early, and the teacher will read it and give it back to you, and then you can really hand it in? It was kinda like that,” grins Warne.
Crazy & The Brains
Media
Media
Media
Media