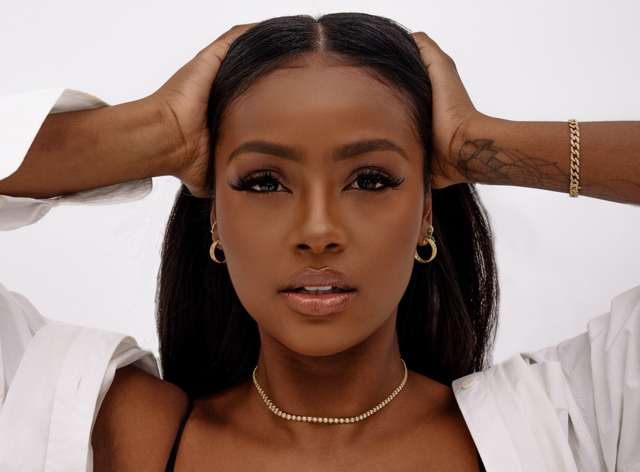 Justine Skye – Meet & Greet Package:
Contact INFO@FUTURE-BEAT.COM with any questions concerning VIP
Artists
Justine Skye
In 2015, the Brooklyn, NY native notched two million-plus views on her YouTube channel before releasing hits such as “Collide” [feat. Tyga] and “I’m Yours,” [feat. Vic Mensa], which would both rack up over 8 million Spotify streams in less than one year’s time. Her success not only grabbed the attention of fans, but also of the press as she has received acclaim courtesy of Vogue, V Magazine, Billboard, Fader, and more. Most recently, Justine is featured on “Overtime” from ScHoolboy Q’s chart-dominating Blank Face LP alongside Miguel, and has ignited stages at Apple Music Fest in London and Made In America 2016. Justine’s debut single for Roc Nation Records, “U Don’t Know” [feat. Wizkid] offers a proper introduction to her singular sound, merging Afrobeat energy, reggae flavor, and her powerhouse vocals.
Media