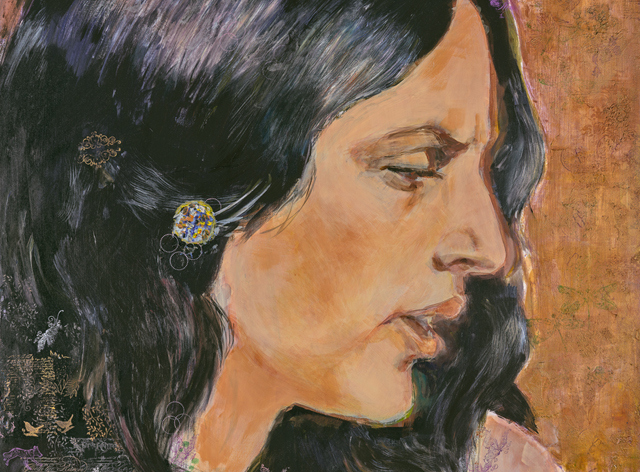 Joan Baez, Mischief Makers 2 Exhibition
An intimate evening with the Artist in celebration of her 80th Birthday

In celebration of the artist’s 80th birthday, a reception will be streamed at 5:30 p.m. (PST) January 9, an interview with Baez, a virtual tour of the show and other festivities and “mischief” to mark this milestone occasion.

The follow up to Baez’s sold out solo show, her debut as a visual artist, Mischief Makers 2 features a new cast of luminaries and activists in a range of fields -- from politics and public health to literature, sports, music and entertainment, environmentalism, spirituality and the counterculture.

As part of her get-out-the-vote campaign for the 2020 presidential election, Joan’s portrait of Vice President-elect Kamala Harris went viral when she posted it with the word “badass.” Her portrait of Dr. Anthony Fauci also ignited the Internet when she added the word “Trust” alongside his image, a rebuke of right-wing attacks on the country’s foremost infectious disease expert.

Audiences from around the world can take part in the celebration of the art and life of Joan Baez by joining the livestream event at https://bit.ly/JoanBaezLiveStream and purchasing a ticket (a three dollar service charge will be applied).

The archived stream is available on-demand until February 14th