with Feng Suave
Majestic Theatre
All Ages
**Sold Out**
All Ages 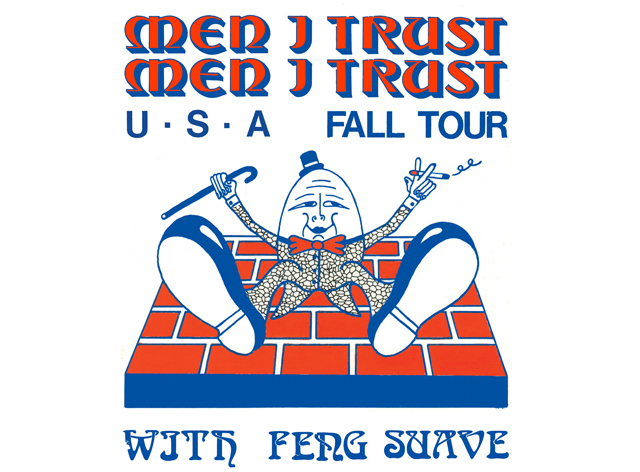 Additional Info
*Please note: Delivery of all tickets will be delayed until 10 days prior to the show

Men I Trust is Dragos, Jessy and Emma.

Founded in 2014, Men I Trust (menitrust.com), is an indie band from Montreal (Canada) who loves smooth sounds, calm melodies and simple rhythms that relax, but make your right foot tap and your chin bounce on the beats. They record, mix, master and shoot their music videos.

Men I Trust is doing well online, with more than 30 mentions on Hype Machine (including several top 5 positions) and 6 million streams on Spotify, SoundCloud and YouTube. 2016-2017 concerts: Osheaga, Canadian Music Week (Toronto), Festival International de Jazz de Montréal, the Festival d’été de Québec, M for Montreal, Pop Montreal, Shanghai, Shenzhen and Beijing. In 2017, Men I Trust’s “Lauren” is SubmitHub’s all time no1 song and several other songs are on many Hypeddit top 5 charts, on daily basis. In spring 2017, the band launched and sold out it’s first vinyl album and released a single (You Deserve This) on Adult Swim’s LUXE Playlist. The single “Tailwhip” followed in September. It reached 2M plays on Spotify in less than two months and got named no1 song of 2017 by Gorilla Vs Bear.