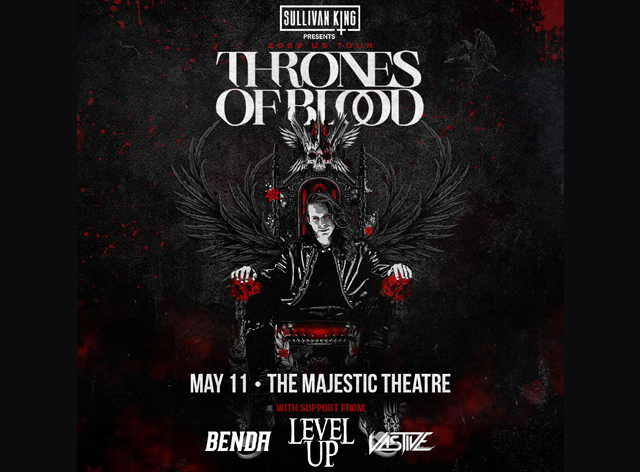 “Raised on a diet of as much post-hardcore as dubstep, he's setting out to bring the rock andEDM communities together in a way that no-one has done before.” - Jack Rogers, Rock Soun
Level Up
LEVEL UP aka Sonya Broner feels most at home behind the decks. Born in Los Angeles,California she got her start in music as a battle DJ. Moving to Brooklyn, New York she studiedwith master turntablist Rob Swift. Traversing the boroughs as a battle DJ, Sonya was oftenlugging her vinyl records to and from shows to out-scratch her competitors. Her inspirationsinclude legends DJ Jazzy Jeff, Funkmaster Flex, and Grandmaster Flash.After four years of turntablism, LEVEL UP decided to take her musical career a step further andpursue DJing electronic music, the genre she felt the most connection to. She was drawn todubstep from the moment she heard Rusko, Caspa and Skream. On the live front, she wasmesmerized by Porter Robinson and his ability to evoke emotion.
BENDA
Hailing from Miami, Florida, Niv Ben-David is one of the younger electronic music acts currently up-and-coming within the bass music soundscape. Operating under the moniker Benda, this 18-year-old Israeli DJ and producer is marking 2018 as his year to rise. Mentored under the tutelage of the world-renowned DJ/producer Borgore, Ben-David is without-a-doubt a name to keep on your radar throughout the upcoming festival circuit. Now based in Los Angeles, California, Ben-David is getting ready to drop the needle on his arsenal of signature, wall-crumbling sound designs.
Vastive
Media
Media
Media
Media