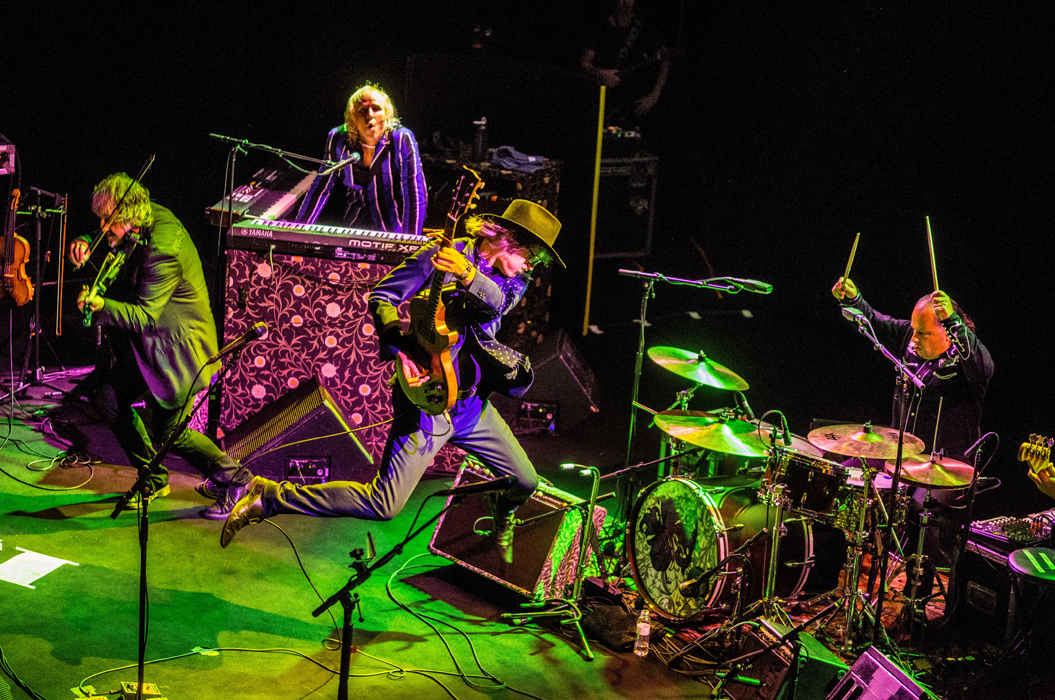 Artists
The Waterboys
One of the finest British/Irish bands of the last fifty years return to North America this Fall in support of their brilliant new album WHERE THE ACTION IS, already described by influential UK music mag MOJO as "joyous...audacious..miraculous".  The band, led as ever by mercurial Scottish singer/guitarist Mike Scott, have honed their sound into a formidable synthesis of rock'n'roll, soul, funk, gospel, folk and pop, potent on record, explosive on stage. And influential. Their songs have been performed by Prince, Rod Stewart, Tom Jones, Mandy Moore, The War On Drugs, Bono, Glen Hansard, Steve Earle, Dawes and many other discerning artists.

The last time they toured America, in 2015, they supported their killer southern rock album MODERN BLUES, cut in Nashville with players from Muscle Shoals, Texas and Memphis, several of whom joined the band.  This time around the line-up is British (Scott and ace drummer Ralph Salmins), Irish (electric fiddler Steve Wickham, funkmeister bassist Aongus Ralston) and Memphian (Grammy-nominated producer and keyboard wizard Brother Paul Brown). They will recast songs from all periods of the band's career, drawing from the early classic albums This Is The Sea and Fisherman's Blues, right up to their recent run of on-fire releases. Expect performance, excitement, surprises, attitude and songwriting as good as any found anywhere today.
Media